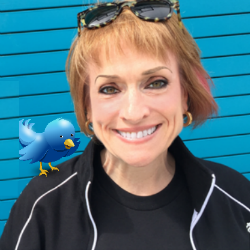 Twitter is a quick real-time information network also called a microblog with over 313 million monthly active users with 1 Billion unique monthly visits and it’s the 9th largest social network in the world. Twitter has the capacity to handle 18 quintillion user accounts.

Each short burst of information called a “Tweet” is no more than 140 characters long usually 120 characters, which allows your followers to “retweet” your content. This mini-conversation can be made more robust by the addition of photos or video. You “follow” people and brands as a way to subscribe to their content. 32% of all Internet users use Twitter and in 2012 @1 million accounts were added to Twitter every day. The Pope, the President and First Lady of the United States, news personalities, celebrities, major brands, businesses, and individuals use Twitter to share news and information. Statistics show that 30% of Twitter users have an income of over $100,000.

Twitter is also a marketing tool connecting businesses and brands to their customers in real time. It’s a quick and efficient way to share information with people interested in your product or service and to gathering real-time market intelligence and feedback to build relationships with customers, vendors and important influencers. 2 out of 3 social media users believe that Twitter influences purchases and 75% of Companies now use Twitter as a marketing channel.

If you thought that a tweet is short consider Vine videos, where you can convey your message in a 6-second videos.

In an effort to document the digital world, the U.S. Library of Congress archives all public Tweets – that’s more than 170 billion tweets and growing. Your 140 characters are archived near the Declaration of Independence.

Would you like to learn how to seek out and engage with your optimal customer with Twitter? We have the ideal solution for you and your business. Just ask us how!